Ada Wolfe was born in Oakland, California in 1878 and her family moved to Minneapolis when she age eleven. She had a strong interest in art at an early age and studied at the Minneapolis School of Art. Wolfe moved to New York City and studied at the Art Students League under William Merritt Chase. She returned to Minnesota and was a fixture in the arts scene. She also taught children in the Minneapolis public school system.
The State Fair in Minnesota honored her with a special show in 1941. Her impressionist paintings were highly regarded in Minnesota. Wolfe’s artworks also had a Fauvist influence, seen through the beautiful use of colors and forms. 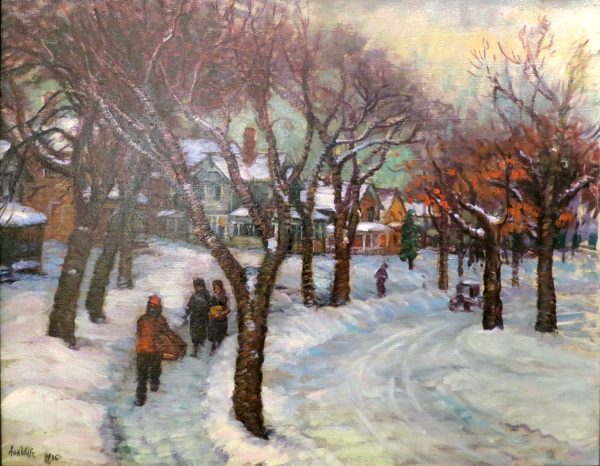 Studied as the Minneapolis School of Art

Moved back to Minnesota

1941 - Minnesota State Fair honored her with a special exhibition