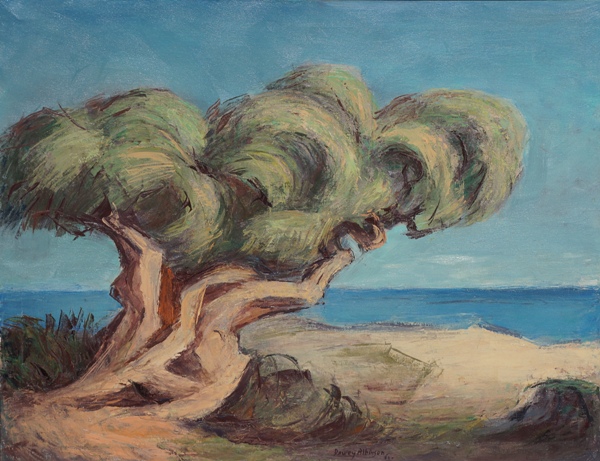 Albinson was known for his expressionist paintings done in bold, swooping brushstrokes of Midwestern towns and cities, Native American scenes, and the North Shore of Lake Superior. His favorite locations to paint were Taylor Falls in the St. Croix area and the North Shore near Grand Portage. Albinson was commissioned to paint murals in the post offices of Cloquet, Minnesota and Marquette, Michigan for the Works Progress Administration. He directed the St. Paul School of Art and the Educational Division for the Works Progress Administration Art Center in Minnesota and became the president of the Minnesota Art Association from 1937-1938. In the 1940s and 1950s Albinson resided in New Jersey, and Mexico beginning in 1952. There he painted a series of canvases based on Miguel Cervantes’s story of Don Quixote.