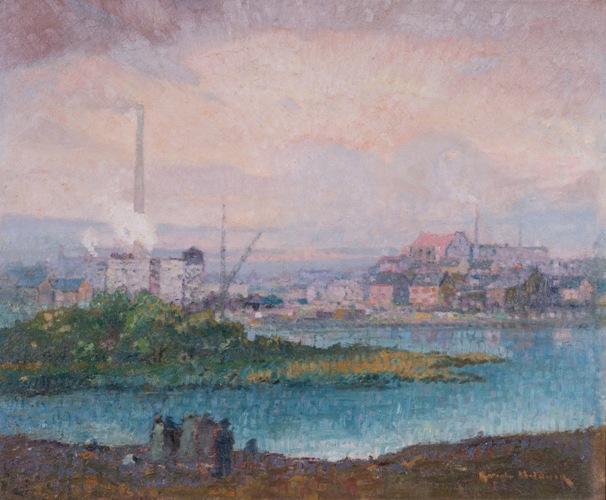 Knute Heldner was born in Verderlow Smoland, Sweden in 1877 and emigrated to the United States in 1902. He began his artistic training in Sweden at the National Royal Academy of Stockholm and Karlskrona Technical School after returning from duty in the Swedish navy. While in the navy he was able to view some great paintings throughout Europe which influenced his intentions of becoming an artist.

When he arrived in the United States at the age of twenty-three he began working as a cobbler, miner, and lumberjack in Duluth, Minnesota before becoming an artist full time. In Minnesota, Heldner studied at the Minnesota School of Fine Art (known today as Minnesota College of Art and Design) and won gold medal at the Minnesota State Fair in 1915.

Knute Heldner spent the winters in Louisiana during the 1920s and Duluth, Minnesota during the summer. He continued to study art during this time at the Chicago Art Institute, the Arts Students League in New York, and the Academy of Scandinavian Art in Paris. He had several important exhibitions in New York, Chicago, New Orleans, Paris and Stockholm.

He married Colette Pope, who was a student of his in Duluth. They befriended the playwright Tennessee Williams. In fact, the couple introduced Williams to the French Quarter in New Orleans.

To understand how Heldner’s life influenced the subject matter he decided to paint, read the following entry.