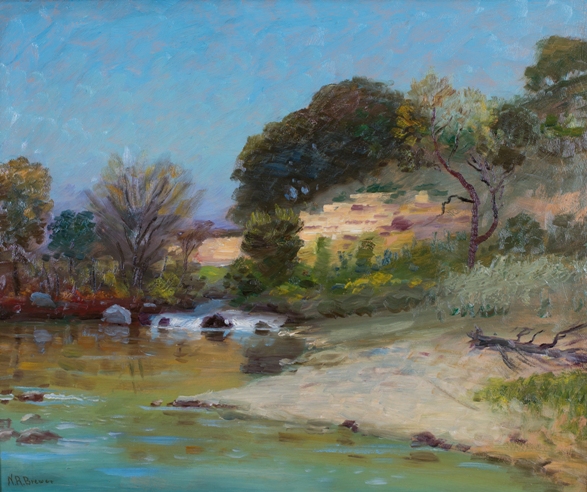 Nicholas Richard Brewer was born in High Forest, Minnesota in 1857. Brewer showed interest in art at an early age by painting landscapes as a teenager. As a teenager he was self-taught and eventually decided to take art lessons in St. Paul, Minnesota. Brewer got married to his teachers daughter, Rose Mary Koempel, and then couple moved to New York City. Brewer studied with American Barbizon artists Charles Noel Flagg and Dwight Tryon. After studying in New York, he returned to Minnesota and set up a studio in St. Paul.

Brewer was able to paint the portraits of several famous people including actor Joseph Jefferson, Senator Frank Kellogg, and Archbishop John Ireland as well as several musicians, politicians, and socialites. Brewer was also known for his Impressionist landscapes around Minnesota. He would later write an autobiography titled Trails of a Paintbrush. His artwork can be found in several important public and private collections.