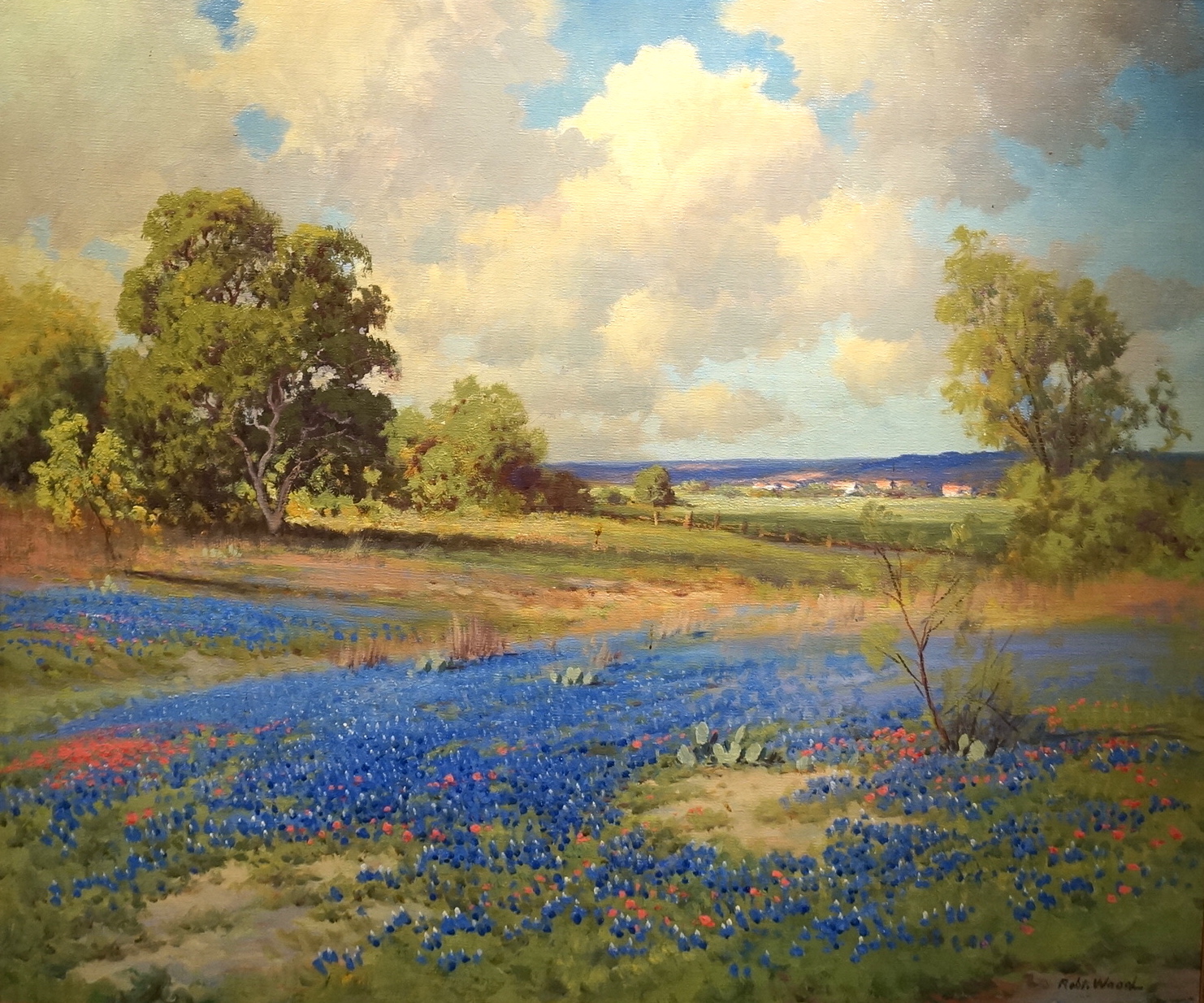 A painter of realistic landscapes reflecting a vanishing wilderness in America, Robert William Wood was born in Sandgate, England on March 24, 1889. Robert first studied painting with his father, W.J. Wood, and at age 12 entered the South Kensington School of Art. After serving in the royal army, he immigrated to Los Angeles in 1912 but led an itinerant existence painting and living all over the United States, usually traveling via freight cars. Working from coast to coast, he painted California landscapes, Southwestern desert scenes, the High Sierras, the Grand Tetons, Texas bluebonnets, in Florida and the Woodstock area of New York.

From the “Texas Wildflower Competition” held in 1928, San Antonio, and Wood’s association with Jose Arpa, he gained a national reputation for his strongly colored, dramatic paintings. During this period, Wood sometimes signed his paintings G. Day or Trebor, which is Robert spelled backwards. He was aware of the new cross-currents in American art, and had daily contact with these ideas, but elected to travel a solitary path in poetically depicting rural America.

In 1941 Wood settled in Laguna Beach and executed many paintings of Southern California, including San Diego. In the 1960s he moved to the High Sierras near Bishop, California where he remained with his home and studio until his death on March 14, 1979. Wood is reportedly one of the most mass-produced artists in the United States. By the 1960s, his paintings became so popular he was unable to meet all of the demands, thus many of his works were reproduced in lithographs and mass distributed in the millions as prints, place mats, and wall murals.